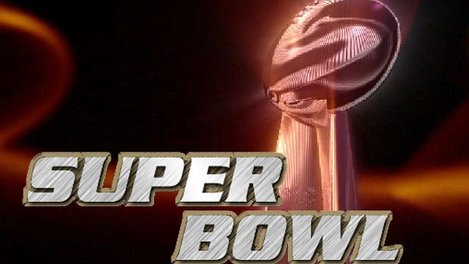 With Super Bowl XLIX just a week away, it’s time to plan that Super Bowl Party, MCM style.  Back in the 1950s and ‘60s, Jello molds, cheese filled celery sticks, and tuna casserole ruled the culinary scene.  While I think I’ll pass on those, there are plenty of other party ideas that can channel the Mid-Century vibe and make your Super Bowl party an event to remember.

Back in the day, the bar cart was an integral part of any party.  If beer is the centerpiece of your party drinks, replace the cocktail shaker with a couple of extra ice buckets and keep them stocked with a variety of beers (and maybe a couple of non-alcoholic drinks as well).  Be sure to keep a couple of bottle openers handy.

Even with my 21st century palate, I still find some of the standard party fare in the ‘50s and ‘60s to be pretty yummy.  You can set out a great spread, buffet style, of main dish and snack foods for your guests to load up on.  Finger foods can be set out on smaller tables in the TV room for snacking during the game.  Chili, brisket, hot dogs and hamburgers are as popular today as they were 50 years ago.  Put a modern twist on hot dogs and hamburgers by downsizing them to slider size.  Deviled eggs, Chex Party Mix, and onion dip (Ina Garten has a great recipe) with chips are great retro finger foods.  Update the ubiquitous cheese ball by forming your favorite recipe into small, bite-size balls instead of the large globe that was present at every cocktail party during the Mid-Century.

Instead of the predictable football themed dishes and serving ware, keep with the Mid-Century theme by breaking out your favorite vintage dishes.  Better yet, check out the Atomic Starburst paper plates from Zazzle.  They set the stage for your MCM theme.  (That being said – I still like the idea of football décor honoring your favorite team!)

Whether your Super Bowl shindig is a large one with loads of friends and family, or a smaller party – have fun and celebrate the end of football season!!!