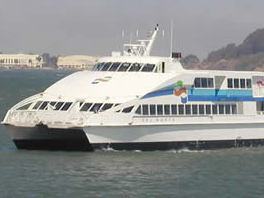 The Golden Gate Ferry’s Fall Schedule is returning with a most welcome addition for commuters who make the trek between Larkspur and San Francisco.  Last summer when I mentioned the possibility of more commuter options between the North Bay and San Francisco, approval of the plan had not yet been published.  Since my last report, the new schedule has been authorized, and I think it will be a welcome change for those of you who travel between the North Bay and the City on a regular basis.

Although one mid-day run has been eliminated for the fall season, the schedule has added a new 4 pm weekday departure from San Francisco, meaning that commuter ferries will run between San Francisco and Larkspur every 30 minutes during the evening commute hours.  This added flexibility is designed to add convenience and alleviate crowded ferries.  The new schedule will begin operation on September 29, 2014 and run through December 21.

There is a free ferry shuttle that operates along Sir Francis Drake Boulevard during commute hours.  For more information on that, check out the Route 25 Ferry Shuttle page.  Although I don’t see it on the current schedule, it is my understanding that a ferry feeder shuttle bus will operate between the Smith Ranch Road Park & Ride lot in Terra Linda and the Larkspur Ferry Terminal during peak commute hours as well.

If you’ve always battled the freeway traffic during rush hour, you might want to give the shuttle/ferry option a trial run.  If you do, I’d love to hear from you regarding your experience.  Thumbs up – or thumbs down?  Let me know!