Joseph Eichler's Style Is Alive And Well In Canada 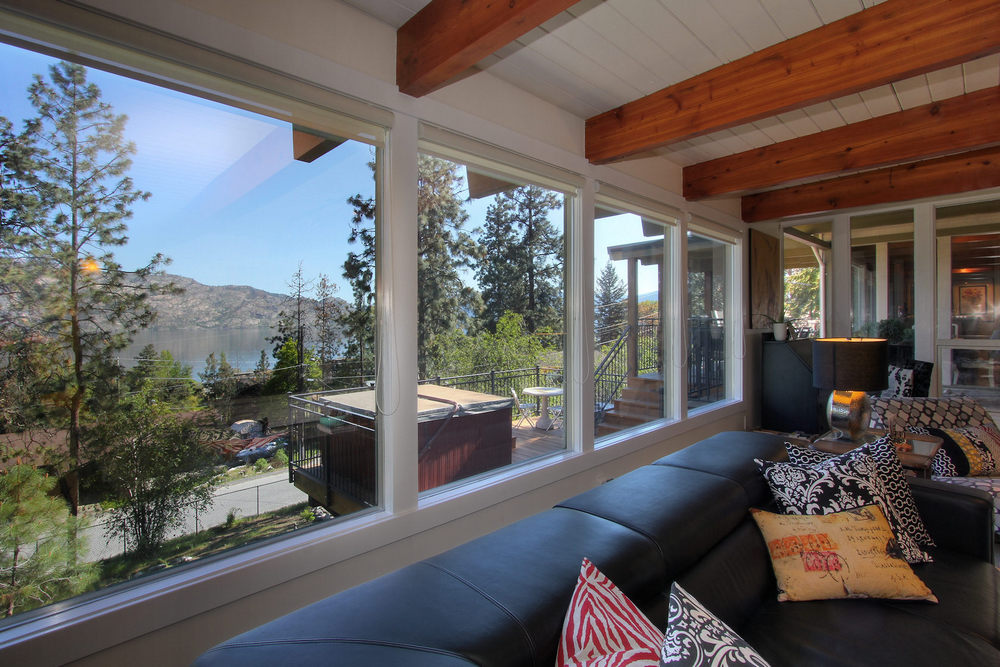 It never ceases to amaze me at how far Eichler style has migrated.  While we associate Eichler’s open floor plans and indoor/outdoor living with our temperate climates here in California, where Joseph Eichler built 11,000+ homes in the San Francisco Bay Area, SoCal, and Sacramento – as well as three in New York; every once in a while an Eichler style home in a pretty far-flung place pops into my peripheral vision.  I have found homes described as Eichler-like in several US communities, including Austin TX, and as far away as the UK.

This morning I stumbled across an Eichler-design home for sale in Canada and thought that, for curiosity’s sake, you might like to take a look.  Located in Peachland, British Columbia, this home is reminiscent of an Eichler with exposed beam ceilings, expansive windows, in-floor heating, and a relatively open floor plan.  While it doesn’t seem quite as sleek and contemporary as an authentic Eichler, it is obvious that the design was influenced by Joseph Eichler’s homes.

Joseph Eichler’s homes have certainly stood the test of time.  They are as popular now (perhaps even more so) as they were 60+ years ago when Eichler’s vision began.  They have evolved from his first simple, affordable tract homes of the early 1950s into iconic homes that have inspired designers and builders around the world.  You know what they say, “Imitation is the truest form of flattery.”