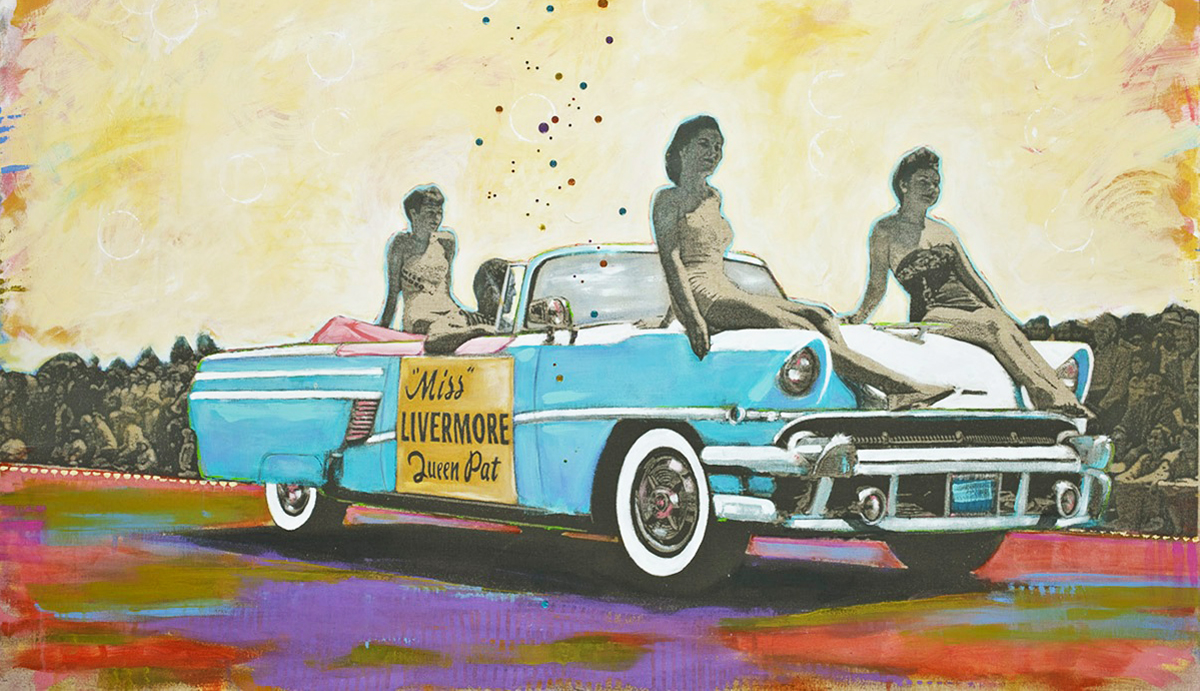 Have you ever stopped to think about how much Americans seem to love their automobiles? I know when I was growing up, my mom and dad had a little green VW bug that seemed like it was part of the family. It was a feature in many family photos – and when my parents sold it we were sad, feeling as though we had lost a family friend. Looking back to another generation, an old family album has a photo of my grandmother and grandfather circa 1949 (looking very Mid-Century and much younger than I ever remember them) standing proudly beside their new car, with my 1-year-old mom perched on the hood. It was from photos like this that Marin County artist Gale S. McKee drew her inspiration for an exhibit that is opening Saturday at the Marin Museum of Contemporary Art.

Titled The American Car: A Family Portrait, the exhibit features a series of sometimes sentimental and occasionally humorous images that celebrate the automobile as part of the American lifestyle. For each painting, McKee transformed a vintage photo – eventually printing it digitally onto canvas and bringing the story behind it to life with acrylic paint. The result is a nostalgic glimpse into the role that the automobile has played in all of our lives.

The opening night reception for this unique show is December 12, 2015 from 5-7 pm. The exhibit will run through January 10, 2016. For more information visit MarinMOCA.