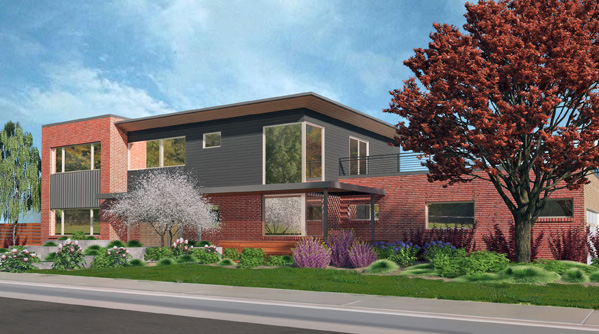 Denver is the place to be this summer. With the debut of the Sunset Idea House, a Modern Home & Garden Tour and the Denver Food & Wine Festival, the Mile High City will be buzzing with activity for the next month!

Of particular interest to Mid-Century Modern fans is this year’s Sunset Idea House, which made its premiere last week. This year, the Idea House project involved the total renovation of a classic MCM home. The original home, built in 1954, had some major changes including relocating the kitchen from the front of the house to the back, creating a playroom and media room in the basement, and the addition of a second story – complete with a rooftop deck. As is often true with MCM renos, there was concern about what features should be saved and what needed to be changed to bring the home forward 60+ years. I wish I had an excuse to be in Denver while the Idea House is opened to the public. I’d love to see what they’ve done! Home tours will be Fridays, Saturdays, and Sundays through September 13, 2015.

Sunset and Modern Home Tours will also be sponsoring the Denver Modern Home & Garden Tour on Saturday, August 22, 2015. The self-guided tour will offer you a peek into some of Denver’s architecturally interesting homes.  One of them is a post-and beam that is reminiscent of an Eichler home.  The Denver "Eichler" is located in a hip Mid-Century neighborhood that is known as Denver’s “Best Mod 50s Neighborhood”.  The tour will end with a wine and cheese reception at the Idea House where participants will have the opportunity to meet the Idea House design team.

Rounding out the trio of fun events is the 4-day celebration of food and wine with the 2015 Denver Food and Wine Festival. The lineup includes wine, spirits, and mouthwatering cuisine from some of Denver’s finest restaurants, as well as a special cocktail party and tour of the Sunset Idea House. The DFW event is September 9 – 12, 2015.