In November the International Committee for the Documentation and Conservation of Buildings, Sites, and Neighborhoods of the Modern Movement (DoCoMoMo for short) announced its first ever annual Modernism in America Awards.  The results are in and winners have been announced, leaving me with a very pleased feeling for the respect that is being shown for our Mid-Century structures all over the U.S. 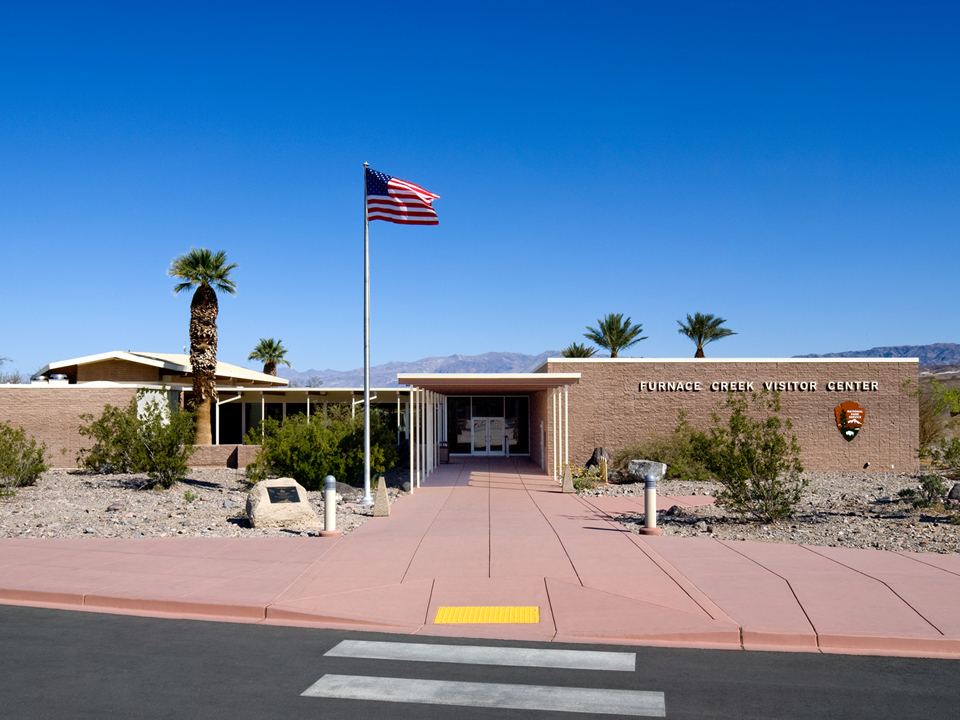 The Design Award of Excellence went to the restoration of Furnace Creek Visitor Center at Death Valley National Park, CA.  In this restoration the jury cited exemplary attention to detail, respect for preservation, and sensitive restoration, adaptation, and expansion for continued productive use. 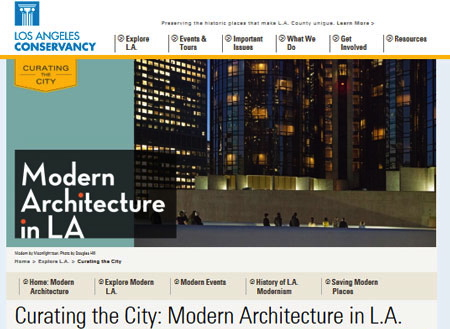 The Survey Award of Excellence was won by the Curating the City: Modern Architecture in L.A. website.  The award honors the Los Angeles Conservancy for developing an exceptional website that documents more than 300 historically significant Modern sites in Los Angeles County.

The third award, Advocacy Award of Excellence went to the coordinated efforts of the advocacy team involved in saving Peavey Plaza, an outdoor plaza and amphitheater in Minneapolis, Minnesota.

Five Citations of Merit were awarded as well.  They went to restoration projects that included the Trenton Bath House and Day Camp Pavilions in Trenton, NJ; The Arboretum (formerly the Garden Grove Community Church), a Richard Neutra church in Garden Grove, CA; and two homes, the Stillman and Huvelle Houses in Litchfield, CT.  North Carolina Modernist Houses, Inc., a NC website devoted to promoting and documenting modern architecture in North Carolina earned a Survey Citation of Merit; and the Friends of Miami Marine Stadium received honors for advocacy in preservation of the Miami Marine Stadium in Miami, FL.

I say well done to all the prizewinners, their competitors, and to DoCoMoMo US for their commitment to preserving our Mid-Century Modern treasures.

Prizes will be awarded during the DoCoMoMo US National Symposium, which will be held in Houston, Texas March 13-15, 2014.