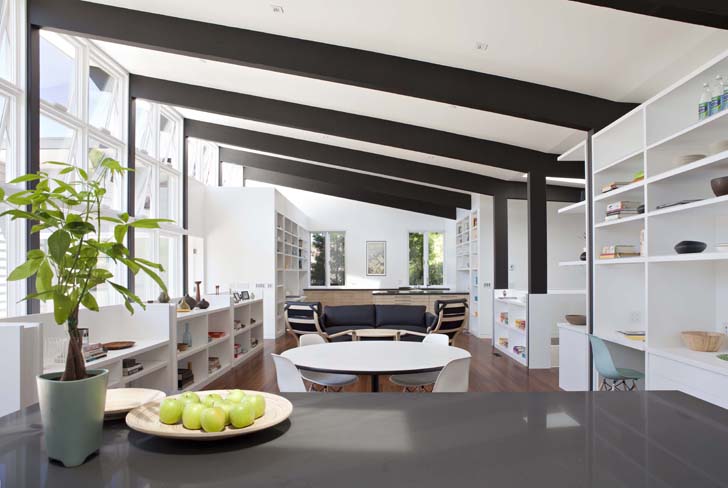 Tradition has it that the only home that can be considered an Eichler is a home actually built by the great Mid-Century builder Joseph Eichler.  While I’m in agreement with that notion, I’m interested to see that there is a movement afoot to build some brand-new Eichlers that embrace the contemporary, California Modern design aesthetic while bringing it firmly into the 21st Century.

At the forefront of these reimagined Eichler-style homes is SoCal based KUD Properties, which is the exclusive builder of Desert Eichler Homes in the mecca of modernism, Palm Springs.  If all goes as planned, an entire neighborhood of Palm Springs Eichler reproductions may well join its original SoCal Eichler brethren where 1960s vintage Eichler tracts can be found in Thousand Oaks, Granada Hills, and the city of Orange.

Northern California is putting its foot in the door with the Eichler-influenced trend as well.  Inspired by Eichler, Simpatico Homes is a modular-home company in Emeryville CA that has earned a reputation for its sleek, environmentally responsible pre-fab homes.  Across the Bay, in Cupertino (where there is a community of 225 Eichler homes), Klopf Architecture has a contemporary take on traditional Eichler homes with its Net Zero Energy House.  The Klopf designed home features the openness of an Eichler (complete with an atrium) coupled with state-of-the-art construction that allows it to score well with the Build It Green program.

While the jury is still out with regard to whether we should call a home an Eichler if it was built by anyone but Joseph Eichler, imitation is the sincerest form of flattery and it is gratifying to see that Eichler’s vision remains alive and well 65 years after he built his first homes in Sunnyvale CA.