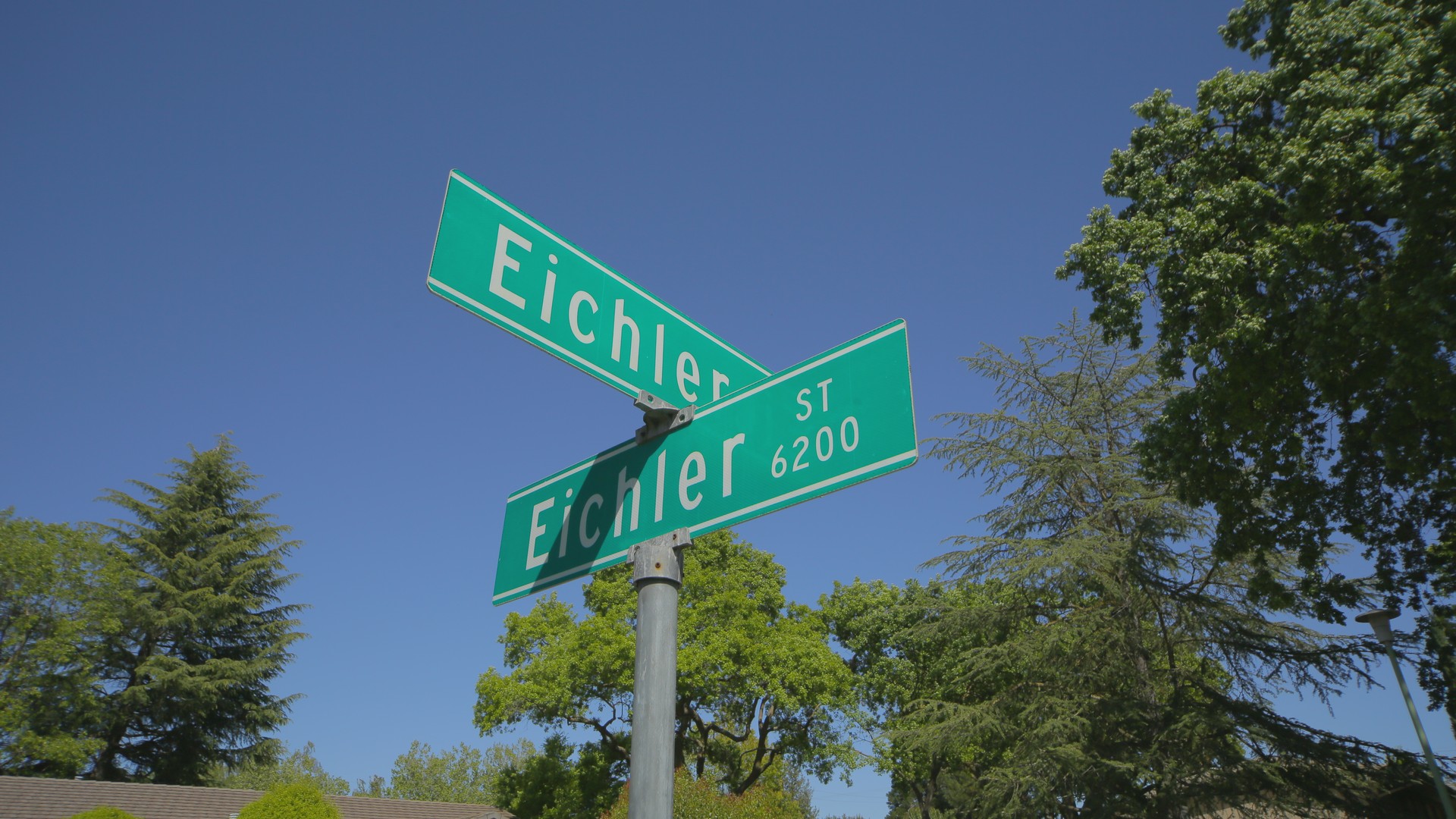 Many Eichler homeowners take the Mid-Century vibe of their neighborhood for granted, but as time takes its toll on homes – and it inevitably does – renovation, remodels, and complete teardown/rebuilds are affecting many Eichler communities. I guess the best example of that is in Palo Alto, where there has been a good deal of controversy recently, with Eichler residents squaring off with neighbors who want to build 2-story homes that will loom over the single-story, glass-walled Eichlers. Last week the Palo Alto City Council agreed to officially remove the fee for petitioning for neighborhood single-story-overlay zoning.  This should help make the process easier for Eichler homeowners seeking to ban 2-story homes from their neighborhoods. Even with the fee removed, getting the zoning changed will take a good deal of community effort. Hopefully neighbors will be able to see eye-to-eye and pull together in the efforts to preserve their Eichler neighborhoods.

In 2005, two Palo Alto neighborhoods (Green Gables and Greenmeadow) gained recognition for the historic significance of their homes and neighborhoods when, after several years of diligent work by a small committee of Eichler advocates, they were placed on the National Register of Historic Places. While being on the National Register doesn’t guarantee automatic protection from teardowns and 2-story homes, it does offer some clout in the fight to preserve the integrity of the neighborhood.

Several Eichler neighborhoods have been able to protect the MCM character of their communities by attaining special zoning or overlays. Balboa Highlands, in Granada Hills, is in an Historic Preservation Overlay Zone. Triple El, in Palo Alto, and several Eichler neighborhoods in Sunnyvale have also been proactive and are protected by zoning overlays or special guidelines designed to help protect their Mid-Century character. Other communities, including the Lucas Valley Eichler enclave in San Rafael and Fairgrove in Cupertino, have strong CC&Rs that help to regulate building and remodeling in the neighborhood.

If you and your neighbors have concerns about maintaining the Mid-Century vibe of your community, there is no time like the present to start investigating your options. Explore ways that your city may be able to help you with zoning restrictions, look into your community’s CC&Rs, and/or check out this bulletin to see if your neighborhood might qualify for the National Register.