Sea Ranch Through The Decades 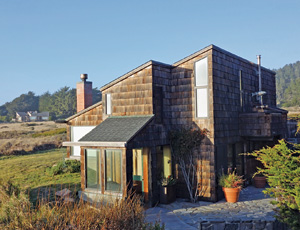 This week the always beautiful and sometimes controversial Sea Ranch will celebrate its 50th year with open doors when nine homes showcasing the evolution of the Sea Ranch architectural tradition through the decades will be featured as part of the annual Mendocino-Sonoma Coast home tour.

Included in the tour is a 1966 Hedgerow House, one of six designed by Joseph Esherick. With their rustic wood siding and sloping roofs, the Hedgerow Houses defined the original Sea Ranch style. The progression of the decades will also include showcase structures designed by Charles Moore and William Turnbull – both original Sea Ranch architects. A contemporary design created by Norman Millar and Judith Sheine brings Sea Ranch into the 21st Century with a home of Cor-Ten steel and concrete.

The Sea Ranch anniversary tour promises to be a fascinating glimpse into the architectural history of Sea Ranch, not to mention a fun opportunity to peek inside a few very unique Sea Ranch homes.