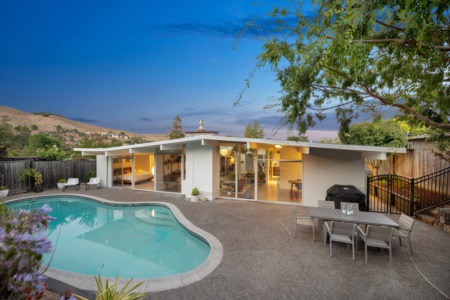 When I was a teenager I was an exchange student and lived in a city near Helsinki, Finland. It was a challenging year – and a wonderful one. I ...

As a fellow Realtor, Eichler enthusiast and neighbor, I was saddened when Catherine Munson passed away just a little over a year ago. Catherine was ...

Eichler homes have received national recognition!  I love that Susan Stamberg did an audio-article on Eichler homes this morning.  I’ve always ...

Inspiration is an interesting thing and it can come from anywhere; a chance comment by a friend, a piece of music, or something read about in a book....

Arthur Dallas (A.D.) Stenger is to Austin, Texas what Joseph Eichler is to California.  Both were developer/builders who brought iconic, affordable ...

Wow!  I can’t believe we finally have our new website up and running.  The new site has updated info on every Eichler community in the South Bay and ...

Read More
Posted by Marin Modern Team on December 1, 2013
From Our Blog