What Is An Eichler? 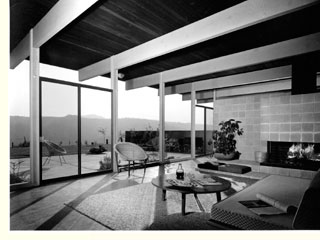 A couple of years ago the Mid-Century Modern world was set abuzz when Walter Isaacson’s biography of Steve Jobs revealed that Jobs grew up in an Eichler home in Mountain View, California.  As it turns out, the home that Jobs credited with giving him an appreciation for the aesthetics of simple design was actually a Mackay Home.  Many of the Mackay homes looked like Eichlers and were designed by Eichler’s architects, Anshen + Allen but construction details differed.  So – what, exactly, is an Eichler home?

First and foremost – only a home built by Joseph Eichler is an Eichler.  Joseph Eichler built more than 11,000 homes during his 20+ years as a builder.  Most of them can be found in the San Francisco Bay Area, with another 600 in southern California, 60 in Sacramento, and 3 in New York.  Although design evolved through the years, Eichler homes have several unique features in common that help to define Eichler’s work.

Occasionally an Eichler look-alike will be put on the market as an Eichler.  It is usually an honest mistake, but if you are in the market for an authentic Eichler home, do your homework.  A good starting place is to research communities and identify where Eichler homes are located using the extensive information we have on our website.  Please don’t hesitate to contact me if you have any questions regarding buying or selling an Eichler home.

P.S.  Steve Jobs’ partner Steve Wozniak did grow up in an Eichler, which he describes as “… my favorite home ever.”

Tags: Eichler Home Features, How To Identify An Eichler